Offshore wind energy has the potential to positively transform the way Long Islanders get electricity. One of the leading offshore wind projects in development, Deepwater ONE, would be built 30 miles east of Montauk Point. The wind park would generate enough electricity to power 120,000 homes and displace hundreds of thousands of tons of carbon dioxide yearly. Offshore wind is also an economic boom waiting to happen. At the end of 2012, the U.S. wind industry supported 80,000 full-time jobs and the U.S. Department of Labor expects the wind sector to grow 24% by 2022.[1] 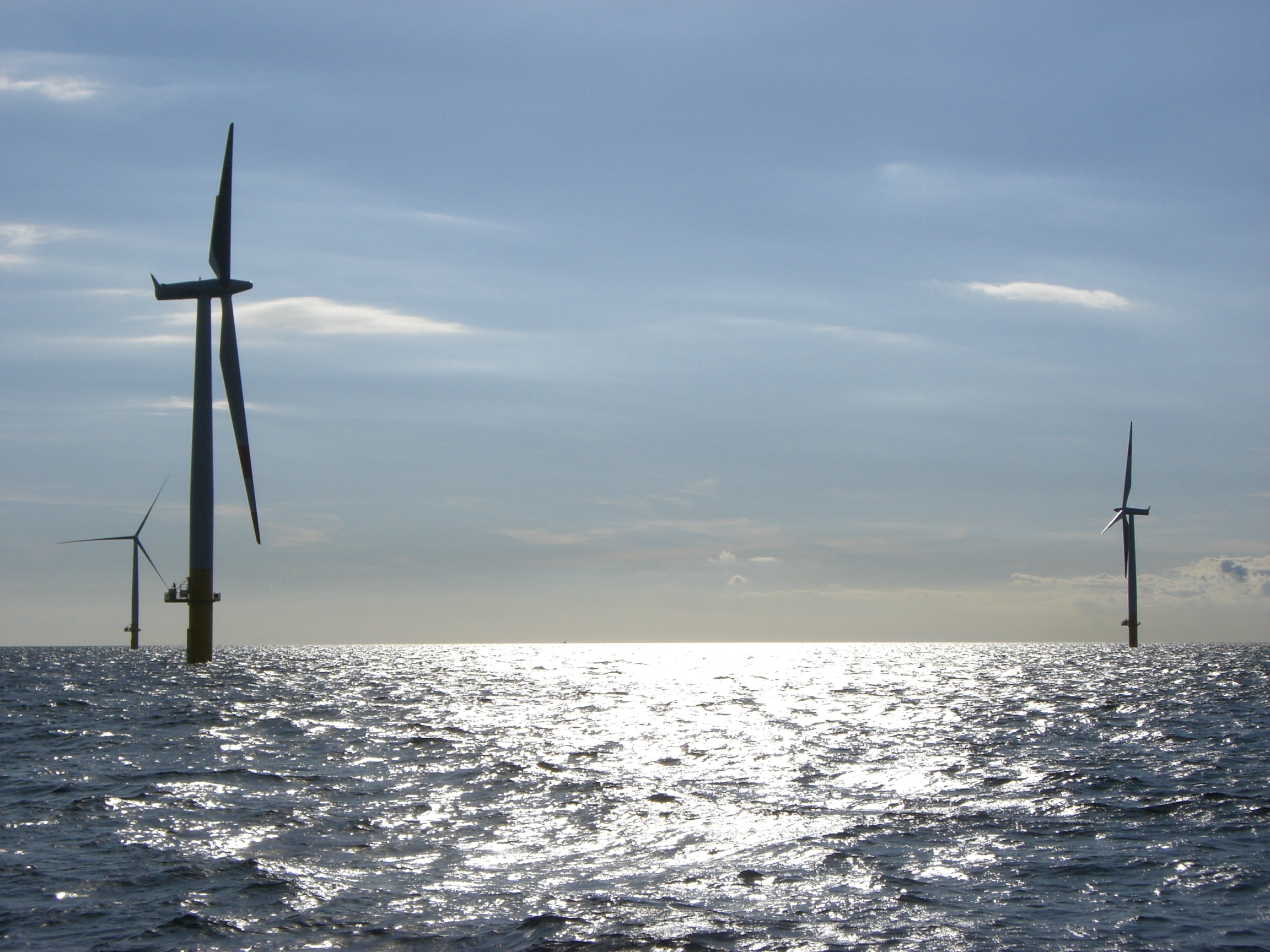 Despite offshore wind’s potential to address unemployment and the climate crisis, development of even a single wind park in U.S. waters has been slow to come, in part because of commonly held myths about the technology. Here are a few of the more pervasive ones.

The significant costs associated with wind energy are the “capital costs,” or money spent to get wind parks up and running. Once operational, wind parks generate free electricity for twenty years or longer, which is why their “levelized costs” (which accounts for capital costs as well as operations and maintenance over the lifetime of the plant) can now be very competitive with those of other energy sources.

Now factor in the “externalized costs” of fossil fuels, which we are paying right now and will continue to pay in the form of taxes and tragedies: oil spills and other fossil fuel disasters, never-ending conflict near overseas oil reserves, and climate change, which threatens every community on earth. Hurricane Sandy cost the United States $65 billion[2]; annual healthcare costs in the U.S. associated with asthma are $18 billion.[3]

Wind is variable, but not unreliable. Denmark for example operates with 10-15% or more of their power coming from onshore and offshore wind, without increased reliability problems or need for additional back-up power plants. Because wind patterns are predictable, one can accurately estimate how much energy could be generated from wind in a particular area over time. This is one of the factors for determining which sites are chosen for wind parks, and there is high certainty that those parks will be cost-effective or else no one would want to build them.

No energy source is 100% reliable. For instance, nuclear reactors and coal plants shut down, often at short notice, for safety repairs or maintenance. Wind farms on the other hand don’t have to shut down altogether for maintenance and repairs. A turbine fault can be repaired while the other turbines continue to generate electricity.

While turbines are responsible for some bird deaths, they pose a relatively small threat compared to other factors. Household cats, cuddly and tame as they may seem, kill almost 42 times as many birds as wind turbines do.[4] A whopping 550 million birds are killed each year by buildings, 108 million by power lines and 80 million by cars. To see this data visually truly puts the concern of turbine-related bird deaths into perspective. 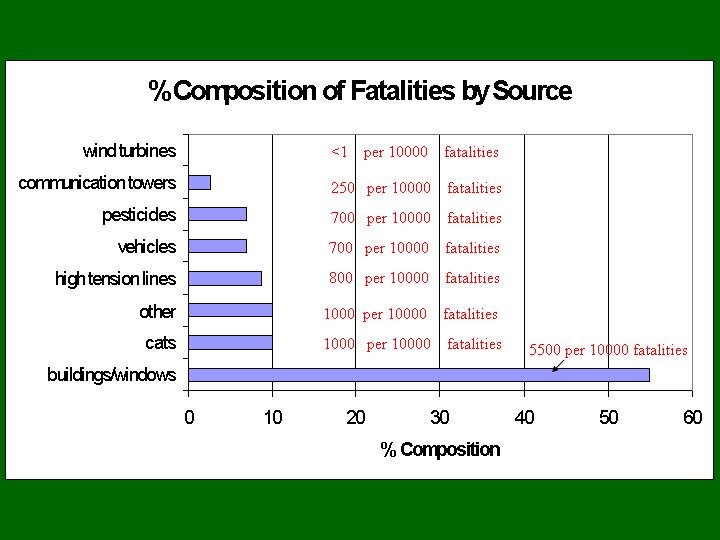 Despite the minimal impact wind development has on bird populations, the industry takes potential impacts seriously. Avian studies are routinely conducted at wind sites before projects are built.

Studies have shown that offshore wind parks in European waters have minimal impacts on marine life. In fact, wind turbine foundations, called monopiles, create artificial reef environments that many fish and other marine animals like.[5] Part of the planning of an offshore wind park must involve careful surveys of marine life in and around the proposed site, before, during and after construction.

Deepwater Wind, the company developing the Deepwater ONE wind park, is working with leading conservation groups to monitor the site for North Atlantic right whales and other marine mammals, to reduce the risk of noise impact. One precautionary measure is to avoid all noise-producing construction during certain times of the spring when right whales are known to pass through the site area.[6]

Of course, no single factor threatens the long-term health of wildlife more than climate change, which is why organizations such as World Wildlife Fund, The Sierra Club and Natural Resources Defense Council all support responsible offshore wind energy development.